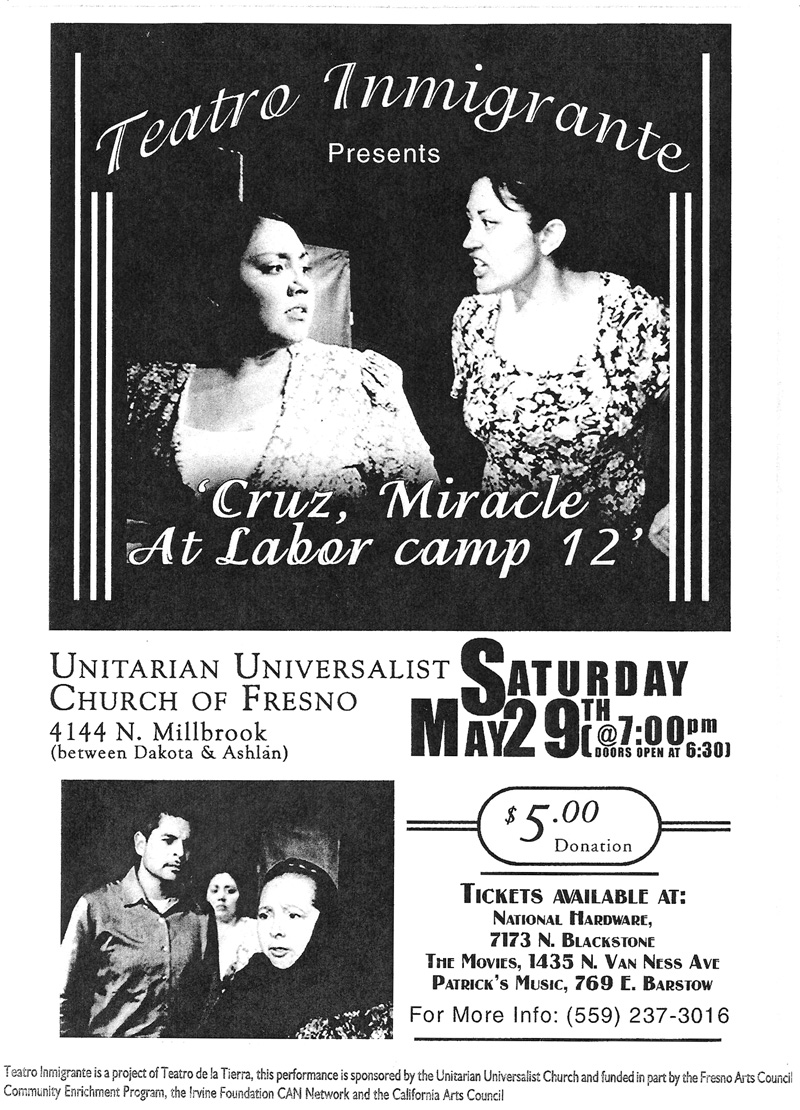 Based on a true story about Liraʼs Mother, the beginning opens with rain and thunder pouring down upon the muddy grounds of Labor Camp 12 (Giffen Labor Camp) near Five Points in the Central Valley of the 1950ʼs.

Patricia Wells plays the chatty comadre who opens and tells the audience about the latest chismes – gossip in the small community. Together with her other comadre Guadalupe Beltran, they convince themselves that the rumors are true just because it feels so good! How can an “older woman” like Cruz, played by Merlinda Espinosa, have such a young, strong looking man like Pancho, who is played by Lorenzo Holguin? Besides, can Pancho help it if that hussy Esperanza, portrayed by Angie Birrueta and later by Teresa “Chiquita” Jewel, keeps chasing after him?!

Abandoned by the father of her child, Esperanza has come to the labor camp with her one year old toddler. Bitter and resentful, she sets out to take Cruzʼs man and is met with a surprise. What transpires are the things that make and break people who are at the brink. Cruz, who does not want conflict, is deeply affected yet she doesnʼt hesitate to turn a terrible situation into a triumph of life. Cruz has the power, just as we all have the power within ourselves to change the world with each decision we make.

Funded in part through a grant from the CPV Civic Action Network, the Fresno Arts Council and co-sponsored by the Unitarian Universalist Church and the Fresno Center For Non-Violence.