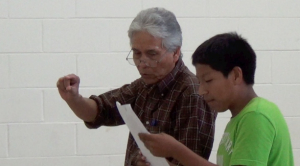 Born in Torreon, Coahuila, Mexico, in 1945, Agustín Lira (NEA National Heritage Fellow, 2007) emigrated first to Lordsburg, New Mexico and then shortly after to California with his mother, brothers, sister, and a cousin at the age of seven. The family wandered through small farmworker towns and labor camps, following the crops up and down the San Joaquin Valley, finally settling in Selma. 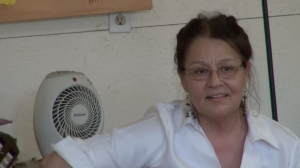 Patricia Wells Solórzano was born in Brawley, California 25 miles from the U.S.-Mexico border and spent her early childhood immersed in two different and distinct cultures. Playing various instruments in grade school, she was attracted to drama and Mexican folkloric dance in high school. While a college student at CSU Northridge in 1975, she participated in the Los Angeles Gallo boycott spearheaded by the United Farm Worker’s Union. Working together with UFW organizers, many of them farmworkers themselves, deeply impacted her. Patricia joined El Teatro de la Tierra, a non-profit arts organization and taught Spanish to children, studying drama and music with Agustin Lira (cofounder of El Teatro Campesino).