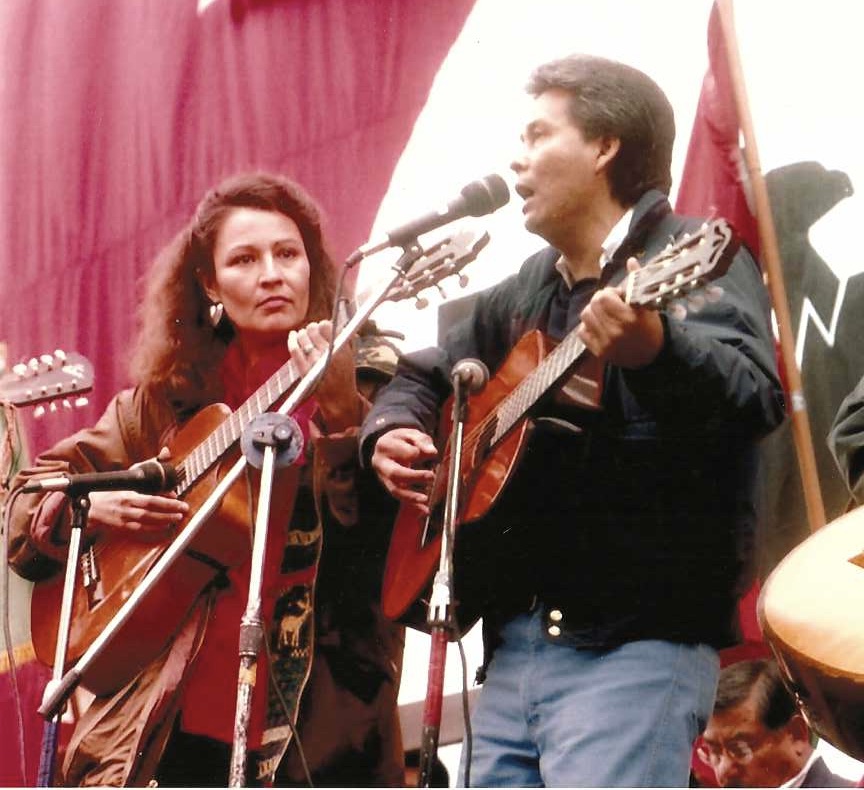 Agustin Lira: A Voice of Change

Agustin Lira: A Voice for Change

Looking at the world today, it’s easy to be overwhelmed by bad news. Climate change, discrimination, unjust systems and wars riddle the daily news. Although it is important to keep up with these tragedies to stay educated and informed, it is also important to look at the good things taking place.

Agustin Lira, a respected and well-known artist, has worked his whole life to uplift Hispanic communities through theater and music. This year, Lira received the Legacy Award from the California Arts Council in recognition of the years he has dedicated to serving his community.

Lira was the co-founder of Teatro Campesino, which played an important role during the farmworkers’ strike in the mid-1960s at the birth of the United Farm Workers (UFW) union. He worked closely with Cesar Chavez in Delano.

Later, he moved to Fresno and dedicated his life to teaching music and theater. Lira’s music has always revolved around the issues that Chicanos and Chicanas face, hoping to educate people on the history of these struggles and how to change them.

Growing up in the Valley in the 1960s, he was aware of racism and exclusion as a result of the environment that had been created by an unjust system at an early age. By nine years old, he was helping his mother pick cotton in the fields. In high school, he was lucky enough to be exposed to music and acting through choir and drama classes.

Unfortunately, he recalls the lack of education relating to his own culture and history. “There was never a mention about anyone Mexican in our books.”

Things turned for the worse when his mother passed away, leading him to become homeless for two years. During this time, he depended on the kindness of families that had known his mom. One morning he saw an ad in the newspaper; the UFW was offering food and a place to sleep for volunteers as well as an opportunity to move up the ladder.

Intrigued with this opportunity, Lira traveled to Delano to see if this could be the right move for him. When he arrived, he was mesmerized, saying, “Delano was a kind of awakening for me.” There, he found a place to call home where he could grow, learn and be part of something bigger than himself.

The idea for Teatro Campesino evolved from a problem Lira had noticed during union meetings: communication. “Some people only knew English, some only Spanish and some only spoke Filipino dialects. So you can imagine the union meetings would go on and on and on! It took forever to translate everything.”

At the age of 19, Lira co-founded Teatro Campesino with this specific issue in mind. Teatro Campesino was about delivering information in a way that everyone could understand, which is why they performed in English, Spanish and even Tagalog (the official language of the Philippines) as much as they could.

Lira would perform with others in front of everyone who came for weekly meetings, during marches, on picket lines and wherever else they were needed. They would do skits and sing and teach songs to the audience. Although the plays and skits they performed touched on the serious themes the fieldworkers were dealing with, they did so through comedy.

“We chose humor because it was the best way to deliver our message instead of through anger and hatred. This way, we showed people that teniamos cabeza y corazón (we had a head and heart).”

Teatro Campesino wasn’t an instant success; like any other project, it experienced trial and error. “We had a few failures until we hit on something real,” explained Lira.

He went on to describe the success of one of their plays, Conscience of a Scab. For this play, they had actually hired someone who had previously been a scab for the role of a drunken scab talking with his troubled conscience about a strike.

“It was amazing,” Lira beamed. “We had people rolling out of their chairs!”

Of course, it wasn’t all fun and games. Their work was exhausting and dangerous. During the day, Lira and his fellow artists walked with the protestors, then set up and performed late into the night, barely getting any rest.

There were many dangers and obstacles the movement had to face and overcome, including a system run by people against them.

Lira continues to be as passionate as ever, believing his work isn’t just about art, music and theater but also about using these tools to educate people on current events and the history of where we live. After all these years, he still cares deeply about issues that affect not only the world but also the people in the Valley.

Lira touched on problems currently plaguing Fresno including poverty, lack of resources such as food, and a clear split between the wealthy and the poor living in this city. He continues to write, produce and record music and plays about issues such as the southern border, Covid-19, racism and the hate that is constantly taught to people.

Regarding his important recognition from the California Arts Council, Lira first pointed to Patricia Wells, who had also participated in the strikes led by the UFW. Wells would later join El Teatro de la Tierra, a nonprofit arts organization founded by Lira. They celebrated 50 years of working as a team in 2021.